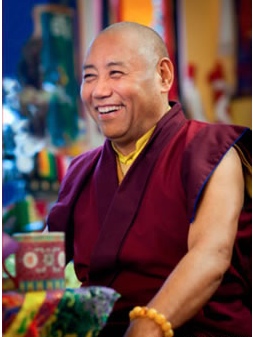 Three Rivers Dharma, which became Three Rivers Tibetan Cultural Center, was founded in 1993 under the auspices of His Eminence Khenchen Konchog Gyaltshen Rinpoche. Khenchen Rinpoche was born in 1946 in Tsari, one of the most sacred areas in Tibet. In 1959 he fled with his family to India and in 1967 began intensive Buddhist studies at the Central Institute of Higher Tibetan Studies in Sarnath, the place of the Buddha’s first teachings. He received full monastic ordination in 1968. He has received teachings and transmission from many great masters, including Kalu Rinpoche, the 16th Gyalwa Karmapa, and Khunu Lama Rinpoche, and completed his three-year retreat under the direction of Khyunga Rinpoche. In 1985 he received blessings and transmission of Mahamudra and the Six Yogas of Naropa from the venerable Pachung Rinpoche at Drikung Thil Monastery, the main seat of the Drikung Kagyu lineage.

Khenchen Rinpoche has translated many Drikung Kagyu practice texts into English and printed and distributed more than a thousand important Buddhist texts to monasteries in India, Nepal and Tibet. He has authored a number of books, including Diamond Rosary, his commentary on the foundation practices of the Drikung Kagyu lineage, and Pearl Rosary, his commentary on yidam practices. 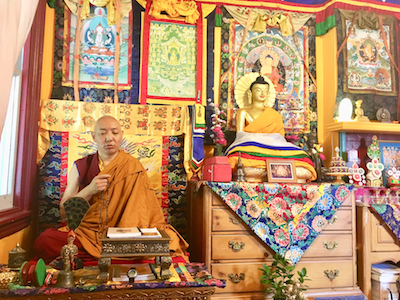 Khenpo Choephel is originally from Drikung Thil Monastery, the head-monastery of the Drikung Kagyu lineage in Tibet. He was ordained at a young age by Vajradhara Pachung Rinpoche, and served as the chant master at the monastery for many years.

He later joined the Drikung Kagyu Rinchen Ling in Nepal where he received teachings and trainings from many great masters, including Nubpa Rinpoche, Drubwang Rinpoche and Drikung Kyabgon Chetsang Rinpoche.

In 2007 he came to the United States at the request of Khenchen Konchog Gyaltshen Rinpoche to teach and serve as one of the three spiritual directors at the Tibetan Meditation Center in Frederick, Maryland.  In 2011, at the invitation of TRTCC, he came to Pittsburgh and became our resident teacher and spiritual director.  Since then, he has given many empowerments and teachings on Bodhicitta, Yidam Practices, Guru Yoga, and introduced us to the Fivefold Path of Mahamudra, one of the most profound dharma teachings of this lineage.  He has taught at many dharma centers in the United States and abroad, constructed sand mandalas, demonstrated Tibetan ritual arts, and led workshops and retreats in many Tibetan Buddhist gatherings.

In 2018 he was invited back to Drikung Kagyu Rinchen Ling in Nepal to serve as the abbot and teacher there.  He will return to Pittsburgh to teach during May and June in 2022. 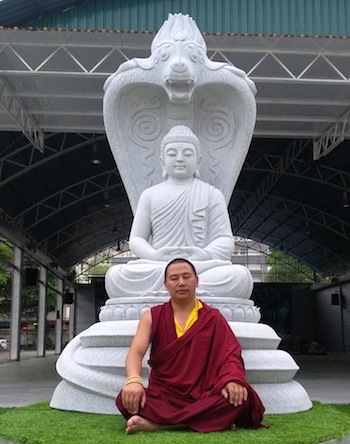 Before coming to Pittsburgh he regularly traveled throughout Asia and Europe to lead practices and retreats on behalf of Rinchen Ling. Lama Kalsang first came to Pittsburgh from Rinchen Ling in November 2017 and returned in 2019 to become our Resident Teacher.

Saturday 5/28, 9am-12pm  Mandala Offering and Guru Yoga (in person and online)
Khenpo will offer Refuge ceremony to participants who may aspire to take the Refuge Vows

New Moon Purification Practice
Monday, 5/30, 7 p.m. The Sutra of the Three Heaps recitation and prostration (in person only)

Saturday 6/11, 9am-12pm
Teachings on POWA (in person and online)
Khenpo will offer Bodhisattva ceremony to participants who may aspire to take the Bodhisattva Vows